Back in January I was one of the lucky winners of Heart Like A Dog  Rejenease joint supplement giveaway. I thought this was great because there are so many products out on the market and what a better way to try one out when it is free. We all like free stuff and like it even better when you get enough of a supply to test out. That is what happened with Rejenease. Steve from Rejenease contacted me right away with the code to get my free bottle from Amazon. I was able to get a 32 oz bottle which lasted Nellie 6 weeks giving her 2 teaspoons in the morning and evening. Steve also was great with following up with me on how I liked the product and if I had any questions, he also supplied me with the literature about the product.

Rejenease transforms the lives of dogs with joint problems by:

It’s fast acting and often the difference is dramatic. Dogs who have been barely able to move roll back the years. Stiff, painful joints get better, enabling dogs like yours to walk, run and play just like they used to.

Together these powerful supplements can ease your dog’s pain and transform their mobility. And you’ll see better, faster results because it’s a liquid. It’s so easy to mix it with your pet’s food, or add it to their water. Forget about crushing tablets and struggling with picky eaters.

On to the trial: I decided to try Regenease on Nellie as she is now over 10 years old and has a occasional off and on limping in her front right leg. Nellie currently isn’t on any medications. If her limping goes over a couple of days or is more than the last time I will give her a NSAID to relieve the pain and inflammation but then stop after the limp is gone. After consulting my veterinarian and a physical exam which revealed a possible sore tendon. Radiographs were not done at this time since it was just a slight limp so I decided to just rest and see how she did. I told my veterinarian about Regenease and she said it was a excellent idea to start Nellie on it as at her age I really need to have her on a joint supplement and a fatty acid supplement, both of them together will will help Nellie out. For now I just have her on the joint supplement.

The Rejenease is a liquid that comes in a 32 oz bottle with instructions on the bottle as to how much to give accordingly to your pets weight, it needs to be given twice a day.

Pour over food twice a day.

Nellie made sure she got every last drop.

Yummy! If Nellie could talk I’m sure she would say that was tasty stuff.

Nellie had no problem eating her food with the Rejenease on it, she actually spends more time licking her bowl clean then before. Now how is she doing. She is doing great! We did have one bought of limping during this 6 week period, I took her back into work and had the vet look at her again and this time we did radiographs. Mild arthritis was seen on her shoulder hence the lameness when she has a flare up.

Arthritis is in front of the arrow.

Nellie only had the one flare up during the 6 week period. I ordered another bottle as I liked the product, Nellie liked the product and she needs to be on a joint supplement so why not be one we both like. After I ordered the second bottle Steve from Rejenease emailed me and thanked me. I told him how I liked the product and am keeping Nellie on it. He said in a few weeks he hopes to launch a fish oil supplement, I was happy to hear that as Nellie should be on that to. I am waiting for that product to come out so I can start her on it and will let you know what we think of that too. We will be sticking with these products since the Rejenease is helping Nellie, it is made in the USA and is 100% guaranteed.

Steve offered to give away 5 bottles of Rejenease for my readers who would like to try it. Click the rafflecopter link to enter. Steve will contact the winners.

Since Nellie is a fan of FitDog Fridays and is trying to get in shape I thought it would be nice to share my thoughts on a joint supplement for all the other active senior dogs in the FitDog group.

The fun and games continue every Friday with FitDog Friday, the weekly Blog Hop brought to you by To Dog With Love, SlimDoggy and Emma from Mygbgvlife to promote a healthy active lifestyle for pets (and their people, too!). Join in every Friday by linking up your FitDog story or visiting the blogs in the Hop. 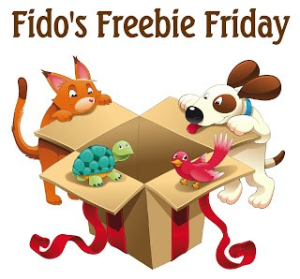 Thanks to the hosts who are All Things Dog Blog, DogTipper and To Dog With Love.